Top 10 Most Handsome Cricket Players in 2022 Nothing surpasses a person in uniform, whether it’s a military uniform or athletic gear. Sportsmen have always had a distinct personality, a dashing appearance that goes along with their charm. These men are dedicated, display wonderful sportsmanship, and work hard to make their team victorious. They also have unquestionable appeal and glamour.

Here is the list of the top 10 most handsome cricket players in 2022: Virat Kohli debuted for India in 2008 against Sri Lanka and has since established himself as a run-scoring monster. He is widely regarded as one of cricket’s greats, and with a long list of records to his credit, we don’t think anyone can disagree with that. He was also the top-ranked ODI batsman in the world at one point. One of the most well-known characters, he is noted for his vibrant appearance and attractive hairstyle. His batting prowess is well-known, as is his fashion sense, which is admired by people all over the world. The first spot in our list belongs to King Kohli. 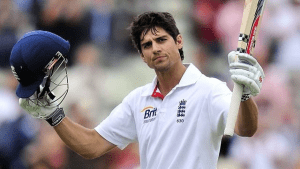 Alistair Cook was the former all-around captain of England’s men’s cricket team. He is a left-handed opening batsman who is the fifth-highest Test run-scorer and one of the most productive batsmen of the contemporary era. He holds the record for most England test caps. There is usually something about Englishmen that draws you to them instinctively. The charming and seductive English accent, the machete-like jawline, and, of course, the fact that he is a cricketer. Michael Clarke is a former Australian national team captain. In 2015, he took over as captain from Ricky Ponting and guided his team to their fifth World Cup championship, defeating New Zealand in the final. He is regarded as one of his generation’s top batsmen.

After declaring his resignation from One Day cricket after the 2015 Cricket World Cup, Clarke put in an incredible effort in the finals against New Zealand, batting 74 off 72 balls to secure Australia’s sixth World Cup championship. When nine runs were needed to win, New Zealand got the better of him. After his ejection, the 93,013 healthy MCG audience gave him a heartfelt standing ovation. Kevin Peter Pietersen is a former England international cricketer who now works as a cricket commentator. He is a right-handed batsman and occasional off-spin bowler who represented England in all three formats from 2005 to 2014, including a brief stint as captain.

Pietersen holds the record for being the “quickest player to exceed 2,000 runs in One Day International cricket” and is one of the fastest batsmen to score 1,000 ODI runs. From his first 25 Tests, he holds the second-highest run total, after only Australia’s Sir Don Bradman. He is also the fastest player to reach 4,000, 5,000, and 7,000 Test runs in a single day. Pat was the most expensive player in IPL 2020, having been purchased by KKR for a record-breaking sum of Rs.15.5 crore. Cummings earned his test debut with the Australian National team in 2011, when he was only 18 years old. Unfortunately, injuries led him to retire from cricket, but he made a strong comeback in 2017 with Australia. Cummings was ranked as the top bowler in the world for two years in a row, 2019 and 2020, as per ICC player rankings. James Anderson, a right-arm fast swing bowler for the England national team, is another name from the greats’ book. He is the all-time leading wicket-taker in test cricket and the most wickets taken by an England player in One-Day International (ODI) cricket.

Anderson seems to be the only fast bowler to have 600 or more Test wickets, and he is the fourth most wicket-taker in history. His visage has that x-factor to it. He’s not only becoming better at bowling as he gets older, but he’s also getting more attractive by the day. There aren’t many males like this. A good example is David Beckham. His athleticism and dashing appearance did not let him down. Lokesh Kannur (KL) Rahul is the captain of Kings XI Punjab in the Indian Premier League and a wicketkeeper-batsman for the Indian cricket team. Rahul made his international debut in 2014, and in his second Test match, he got his first Test century. And he became the third Indian player to record a century in all three international cricket formats after being the first to achieve a century on his One Day International debut. Against the West Indies, he became the first player in America to score a century. 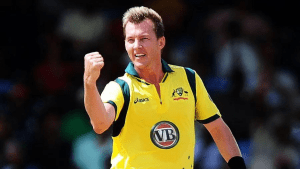 Brett Lee is a former Australian cricketer who is now a film star and a Fox Sports broadcaster. So he has to be on this list, right? Between 2002 and 2009, Lee was one of his generation’s top bowlers, taking the second most ODI wickets behind Muttiah Muralitharan. Till date, he has 310 Test wickets and 380 ODI wickets to his name. He is regarded as one of the most fashionable players in the world and belongs to a long list of cricketers. And, despite his age, he has done a fantastic job of preserving his shape and appearance. Steve Smith is a former captain of the Australian cricket team and one of the most players of his period, but his abilities define him regardless. The International Cricket Council (ICC) has rated him as one of the finest, if not the best, batsmen in the world. Due to his egregiously high-Test batting average, he has earned the moniker “greatest since Bradman.”

Aside from his abilities, he is the object of every woman’s desire in Australia. Due to his outstanding accomplishments in the IPL, this modern-day Australian knows how to win hearts and is also adored by the Indians. Stuart Christopher John Broad is a former England ODI and T20 captain and a member of the England Test cricket team. He had a decent cricket career and holds the record for the second-highest Test score ever by a number nine, with a remarkable total of 169. He was named Young Cricketer of the Year by the Cricket Writers’ Club in August 2006. He is 34 years old, although he appears to be in his mid-twenties. Despite his advanced age, he has managed to keep his shape and appearance. He is living proof that age is just a number.