As per the recent news, we came to know that from the two government officials, the Indian government is suggesting an investment of additional Rs 2 trillion ($26 billion) in the financial year 2022/23 to protect consumers from rising prices and combat multi-year high inflation. They also added that the additional measures will more than double the 1 trillion rupees blow to government revenues that tax cuts on gasoline and diesel announced by the finance minister on Saturday. 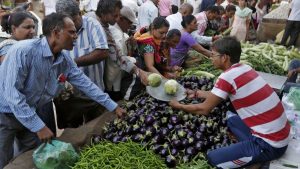 Retail inflation in India reached an eight-year high in April, while wholesale inflation reached at least a 17-year high, providing a big challenge for Prime Minister Narendra Modi’s government ahead of state assembly elections this year. One of the officials, who did not want to be identified, stated that they are entirely focused on lowering inflation. The consequences of the Ukraine crisis were far worse than anyone could have predicted.

As per the two officials, they claim that the government anticipates that another 500 billion Indian rupees in additional cash will be required to subsidize fertilizers, up from the present estimate of 2.15 trillion rupees. If crude oil prices continue to climb, the government may implement another round of tax cuts on gasoline and diesel, potentially costing 1 trillion to 1.5 trillion rupees in the fiscal year that begins on April 1, 2022/23, according to the second official. Both the officials did not want to be named as they are not authorized to disclose the details. The government did not immediately comment outside office hours. One of the officials said the government may need to borrow additional sums from the market to fund these measures and that could mean a slippage from its deficit target of 6.4% of GDP for 2022-23.

The official didn’t state the quantity of debt or financial laxity, stating that it was contingent on how much money they ultimately diverted from the budget over the fiscal year. According to budget announcements made in February, the Indian government intends to borrow a record 14.31 trillion rupees in the current fiscal year. As per the second official, the extra debt will not affect the scheduled 8.45 trillion rupees borrowing from April to September and may be conducted from January to March 2023.