Elon Musk Is in Talks with the Indian Government Over Starlink

As per the tweets, we came to know that Elon Musk is in talks with the government of India over Starlink.  One of the users replied to Elon’s Tweet regarding his success over Starlink connecting with the Philippines, which goes like this. The user asked Elon about the updates regarding Starlink approval by India. According to that user, it stated that Starlink’s aim of providing a low-cost, high-speed Internet connection to everyone on the planet is remarkable. In India, Starlink would be a huge success. Elon Musk said that they are awaiting authorization from the Indian government. 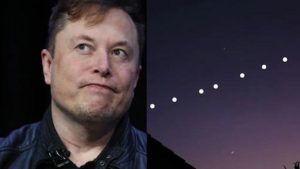 According to news, Elon Musk’s Starlink has received approval to provide satellite internet services in the Philippines, paving the door for the SpaceX subsidiary’s expansion into the region. As per the statement released by the Philippine National Telecommunications Commission (NTC), it claims that Starlink’s registration as a value-added service provider has been authorized. As a result of this, Starlink would be able to effectively access satellite systems as well as build and operate broadband infrastructures. As per the sources, we also came to know that Starlink’s high-speed, low-latency satellite internet service will be available for the first time in Southeast Asia in the Philippines. Starlink is a global provider of high-speed, low-latency broadband internet. Orders are filled on a first-come, first-served basis within each coverage region. It is well-suited to locations where connectivity has been sporadic or non-existent. Starlink is used by people all across the world to get access to education, health care, and even communications support during natural catastrophes.