Elon Musk is undoubtedly the world’s most well-known billionaire and entrepreneur. Musk’s electric car company Tesla and space exploration company SpaceX has made him famous all across the world in the last decade, making him wealthier than Jeff Bezos and Bill Gates.

Elon Musk has been making headlines recently as a result of his attempted multibillion-dollar takeover of Twitter, a move that might result in substantial changes to the network, including the return of unpopular characters like Donald Trump. As per the sources, his current situation with the Twitter deal indicates that it is likely to be delayed after Musk stated the agreement was put on hold temporarily. So, how did Elon Musk earn so much wealth? Everything you need to know about his journey is right here. 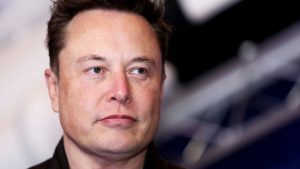 Elon Musk was born in Pretoria, South Africa, in 1971 to a rich family. Maye, his mother, was a dietician and model from Canada, and Errol, his father, was an engineer. In 2021, the entrepreneur stated that he suffers from Asperger’s syndrome, a condition that causes him to process the world around him differently than others. Musk was reputedly skilled with computers as a child, designing a video game at the age of twelve.

He fled to Canada at the age of 17 to avoid serving in the Apartheid military. Following a year at Queens University in Ontario, he transferred to the University of Pennsylvania in 1992 to study physics and business. He briefly pursued a physics Ph.D. at Stanford University in California after graduation before co-founding the internet business directory Zip2 with his younger brother Kimbal in 1995. The company was sold for $307 million in 1999, with Elon Musk collecting $22 million from the deal. 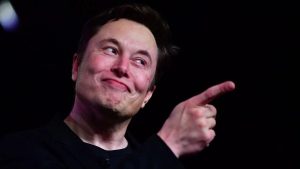 His Journey for Becoming Rich

Elon Musk earned his fortune through a series of successful companies rather than one big hit. He got into online banking and payments with controversial businessman Peter Thiel after selling Zip2, eventually founding PayPal. When eBay bought the company in 2009, his interest in it was worth $180 million. He created SpaceX in 2002 intending to colonize Mars with low-cost rockets. He invested $6 million in Tesla the next year, even though the firm had yet to create a real automobile.

Both companies struggled at first, but after signing a $1.6 billion deal with NASA in 2008, SpaceX took off, while Tesla’s first vehicle, the Model S, went into mass production in 2012. As people have become more ecologically conscious, SpaceX has become a crucial partner in NASA missions, and Tesla automobiles are widely seen on streets across the world. Tesla’s stock price increased in value to more than $1 trillion (£801.7 billion) in 2021, however it is now worth roughly $730 billion (£585.2 billion). 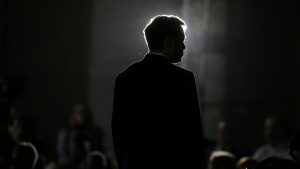 Before buying Twitter, he owned between 17 and 21% of the company’s stock, a stake worth around $150 billion (£120.3 billion). However, he sold about $8.5 million (£6.8 billion) of his Tesla stock to fund the platform’s takeover. Meanwhile, Musk’s 48 percent share in SpaceX, a $100 billion (£80.2 billion) company, accounts for the majority of his wealth. In the previous five years, Elon Musk has launched two additional businesses. The Boring Company excavates large tunnels in the ground, while Neuralink aims to build telepathic connections with machines, a breakthrough that could change the lives of people suffering from neurological illnesses or serious spinal injuries.

According to the sources, Elon Musk’s net worth was $218 billion (£174.8 billion) on May 20th, down from $253.7 billion two weeks prior. Musk’s fortune is mostly related to his Tesla investment, which fluctuates based on market conditions. Among the most recent World Bank figures, Elon Musk is worth more than the gross domestic product (GDP) of more than 150 countries and territories. This covers countries like New Zealand and Iran’s full GDPs. Musk’s net worth is about 10% of the UK’s total GDP.

Elon Musk as My Idol

Whatever Elon Musk’s goal is, it appears to be a success. He’s a successful entrepreneur and inventor. However, we also know that the entrepreneur has failed countless times and has found himself in a variety of situations. Elon Musk, on the other hand, constantly seems to triumph in the face of adversity and against all odds. 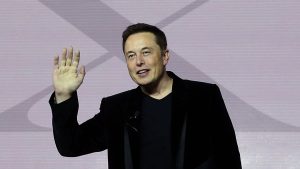 Despite the setbacks, Elon Musk has stayed steadfast throughout his career. When faced with challenges, he never gave up and always stuck to his beliefs or, at the very least, established his enterprises. In any case, his tenacity and steadfast faith are a big part of why you should treat him as an idol. The majority of startups fail because they fail to recognize their target market’s pain issues. To put it another way, they pursue ideas and notions that were bound to fail from the start.

Elon Musk has always made essential adjustments and strived to produce a product that offers a clear solution to the end-user. Of course, it appears straightforward. Despite this, too many entrepreneurs let their infatuation with a certain product idea blind them to market realities. Tesla has become one of the biggest renowned makers of electric vehicles. But none of this would be possible without Musk’s unwavering determination. Furthermore, it was his faith that made this possible in the first place. This indicates that pursuing a personal interest is likely the most potent motivator for any business.

Furthermore, this massive failure at Space X demonstrates Elon Musk’s maverick and nonconformist nature. In other words, he takes an autonomous position from his colleagues and employs free thinking to get the desired objectives. 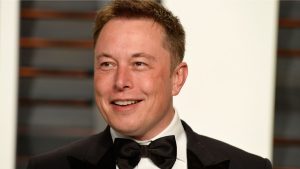 Whatever you think of Elon Musk, he continues to show an unwavering determination to achieve. Despite the uncertainty and hesitation, he makes bold decisions and follows through on them completely. If you want to be an entrepreneur, Elon Musk is a great idol to have. He is not just a genius, but also a highly motivated person with a strong determination to win.