Football is not only one of the most popular sports on the planet, but it is also one of the highest-paying sports ever. Furthermore, all of the leading clubs’ and countries’ players enjoy enormous popularity around the world. Who, on the other hand, is the best football player on the planet? The answer will never be unanimously agreed upon, totally established, or definitively determined. For the past two decades, Lionel Messi and Cristiano Ronaldo have ruled the roost, but their dominance is being challenged by the next generation of stars who have great expectations of reaching the top.

Our ranking is based on several variables. Trophies, league strength, raw stats, unquantifiable magic, and a slew of other factors have come together to make our list’s criteria, and we understand if you disagree. Although it is self-evident that every football player is well-known because they are idolized by millions of people. It’s difficult to pick a top ten because there are so many deserving players on the earth right now. Still, let’s take a look at some of the world’s most popular soccer players right now.

Here is the list of the top 10 trending footballers of 2022: Egyptian footballer Mohamed Salah presently plays for Liverpool in the Premier League and Egypt’s national team. Since moving to Liverpool in 2017, he has been regarded as one of the top male football players in the world. His serenity, finishing, dribbling, and quickness have earned him a reputation. The striker for Borussia Dortmund is recognized for his speed, flexibility, and strength. With his incredible moves on the field, he made everyone a fan. He is currently one of the top young players in the world. In the 2019 FIFA U-20 World Cup, he won the Golden Boot after scoring nine goals in a single match. In the UEFA Nations League 2022–21, Haaland earned his first international hat-trick against Romania. 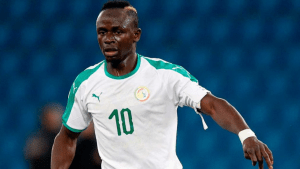 Virgil van Dijk is a Dutch professional footballer who plays for Liverpool in the English Premier League and captains the Netherlands national team. His contribution to Liverpool’s Champions League and Premier League titles helped him win The Best FIFA Men’s Player award. One of the world’s top defenders was overlooked for the Ballon d’Or. The French professional footballer plays for Ligue 1 club Paris Saint-Germain as well as the France national team. His finishing, dribbling, and quickness have earned him a reputation. He scored over 100 goals in 100 games for PSG and came close to being Europe’s top striker. Neymar, one of the best footballers in the world, presently plays for Paris Saint-Germain in Ligue 1. With 64 goals in 103 games, Neymar is the country’s second-highest goalscorer, after only Pelé. Neymar’s 72nd goal, his first versus Angers, places him in the top 10 goal scorers in PSG history.

He was the leading goalscorer in the 2011 South American Youth Championship and played a key role in the victory. He has won a slew of well-known and distinguished prizes. He is the fourth most famous athlete in the world and one of the most powerful persons on the planet. After joining PSG, he gets a lot of money and is the third highest-paid athlete in the world. While playing for Manchester City in the Premier League, the Belgian footballer wowed everyone. He is regarded as one of the top players in the world, possessing all of the necessary skills to be the best midfielder in the world. IFFHS Men’s World Team, UEFA Team of the Year, UEFA Champions League Squad of the Season and ESM Team are just a few of the accolades he has received. The IFFHS World’s Best Playmaker, Premier League Playmaker of the Season, UEFA Champions League Midfielder of the Season, Bundesliga Player of the Year, and Footballer of the Year have all recognized him. 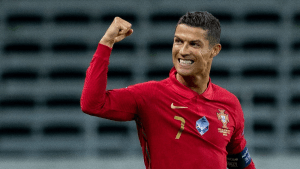 Cristiano Ronaldo, the only player to have competed with Lionel Messi in the last decade, the Ballon d’Or winner this year, the goal-machine, the beauty, yup, it’s him. He is currently regarded as being even better than his competitor, which is astounding. This incredible player combines blazing speed, intimidating stature, and tremendously fast feet, and is one of the best finishers to the delight of the crowd. He won the Scudetto, the Serie A MVP award, and the Nations League trophy last season. The GOAT has officially left Barcelona, and we will have to wait to know where he will play in the 2022-22 season, but there is no doubt that Messi deservedly held the title of a best footballer for a decade. The Polish professional footballer is now the captain of the Poland national team and plays for Bayern Munich. His location, technique, and finishing have made him a fan favorite.