As per the sources, we came to know that every year, the world’s largest companies serving services like work related to chartered accounts, tax, consulting, financial advisory, etc. are expanding exponentially. The never-ending fight for global domination appears to never end with all the mergers and acquisitions. 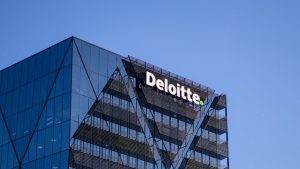 Price Waterhouse Coopers has been the world’s second-largest professional services network in terms of Revenue as surveyed in 2014 and is one of the Big Four Auditors and stands neck to neck with Deloitte, EY, and KPMG. It has been a multinational professional services network. The Firm believes in helping resolve complex issues and identifying opportunities. People from all backgrounds such as arts, business, economics, engineering, finance, health, information technology, law, and more are entertained. Having its global headquarters in Amstelveen, Netherlands, KPMG has been considered one of the largest professional services companies in the world. It is amongst the Big Four auditors, standing along with Deloitte and EY. The professionals employed with this firm, KPMG is 162,000 people and performs three services, viz. audit, tax, and advisory. The tax and advisory services provided by the firm are further divided into various service groups. BDO International is ranked fifth in the world for having the largest accounting network. It is a global professional services network and one of the top public accounting firms in the world. It specializes in serving both domestic and foreign clientele. According to a poll done in September of 2014, BDO has Member Firms in 151 countries and employs over 60,000 Partners and staff in 1,328 offices worldwide. Grant Thornton LLP is one of the largest independent audit, tax, and consultancy businesses in the world. With over 550 partners and 7,000 staff, the organization works out of 59 offices. It has a wide spectrum of clients, including public and private corporations, government agencies, financial institutions, civic and religious organizations, and more. RSM is the seventh largest audit, tax, and advisory business in the professional services network. It takes pride in being the world’s sixth largest provider of tax services. In September 2014, it polled its independent member firms and journalists in 111 countries. RSM International’s member firms employ a total of 35,396 people, including 3,221 partners across 718 offices. Baker Tilly is headquartered in Chicago and has offices in more than 110 countries. The firm amalgamated with Holtz Rubenstein Reminick LLP in June 2013. Again, it combined with Philadelphia-based accounting company ParenteBeard in October 2014 to form one of the top 15 accounting companies in the United States. 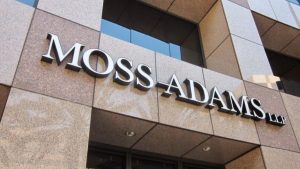 Moss Adams is a global network of more than 100 independent accounting and auditing firms with over 35,000 professionals scattered over 102 countries and territories working under its umbrella. It claims to have almost 2,300 employees, with nearly 270 partners. The company has a strong regional (West Coast) presence that is rapidly expanding.