WhiteHat Jr will expand to Brazil and Mexico; Set to employ 1 lakh teachers in India in 3 years Following immense success in India and some other countries, WhiteHat Jr will move into non-English speaking countries of Brazil and Mexico. All set to launch maths classes, the company is planning to hire one lakh women teachers in the next three years. 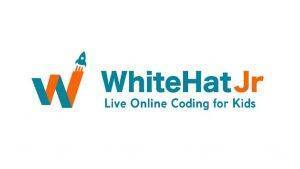 In an interview to PTI, Karan Bajaj, WhiteHat Jr Chief Executive Officer (CEO) said the barely two-year-old online education platform has seen tremendous success in India, the US, the UK, New Zealand and Australia with about 1.5 lakh paid students taking some 40,000 classes every day from 11,000 teachers.

“We are launching maths classes next month,” he said, adding the company will use a one-on-one teaching model and go on to create 1,00,000 teaching jobs, all for women, in India in the next three years.

The individual attention given to its students has brought the company tremendous success. Especially in India which accounts for about 70 percent of the 1.5 lakh paid students. The rest are from counties such as the US, Australia, and New Zealand with more kids joining in from Sweden, Norway, and Ethiopia.

The teachers employed by the platform can work from their homes in very flexible timings and earn equivalent to entry-level salaries of IIT and IIM graduates.

The company grew 60 percent month-on-month during the lockdown and has been growing 100 percent since. India’s largest ed-tech startup Byju acquired it for USD 300 million in August this year.

However, since the acquisition, WhiteHat Jr has faced nothing but trouble.

WhiteHat Jr’s advertising campaign made exacerbated claims suggesting that kids as young as six and seven years old were building apps and websites and even becoming TedX speakers. The Advertising Standard Council of India (ASCI) in October ordered ads to be pulled down immediately.

“The core thought of the company has always been pure: kids should be builders and creators. The power of coding is that kids use coding to build, create stuff. We celebrate the joy of kids’ creativity. We have gone back to that in the last few months,” Bajaj said addressing the new way forward.