High on the peaks at the northern frontier of India, an elite combat party defends the pride and sovereignty of the country. It’s a difficult challenge for the bravest: the fearless and united guards. 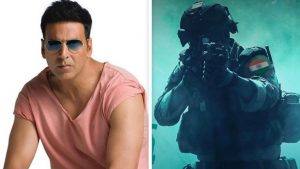 Enter the FAU-G special patrol team on dangerous border territory. Come face-to-face with the enemies of India as you engage hostile invaders on Indian soil. Battle for life against the unforgiving terrain and the unforgivable enemy. Fill the shoes of a proud soldier and witness the courage, brotherhood, and sacrifice of men guarding the borders of the nation.

FAU-G is a proud NCore Games project in India that pays tribute to the veterans of our nation’s armed forces. Focused on real-world situations, FAU-G brings to life the suspense and adrenaline of life spent defending India’s borders.

Akshay Kumar wrote: “Face the enemy. Fight for your country. Protect Our Flag. India’s most anticipated action game, Fearless and United Guards: FAU-G takes you to the frontlines and beyond! Start your mission today.”
Download now: https://bit.ly/37hijcQ

Games that you won’t again get for free by Epic Games, so go grab it now

Xbox 360 vs Play Station 4 – What suits your games right?