Killnet has officially declared its urge to target Japan After days of attacks, Killnet has officially declared its urge to target Japan. Just like the anonymous slogan Killnet has made a slogan of its own while declaring a full-on cyber war against japan, ‘We are Russians, We are Killnet’.

Japan announced on Wednesday that it is looking into the possible involvement of a pro-Russian group after multiple government websites were disrupted the day before. The media reported that the pro-Russian group “Killnet” was responsible for the attacks on government websites. The Japanese government is investigating whether problems accessing more than 20 websites across four government ministries were caused by a denial-of-service (DDoS) attack, according to Chief Cabinet Secretary Hirokazu Matsuno. 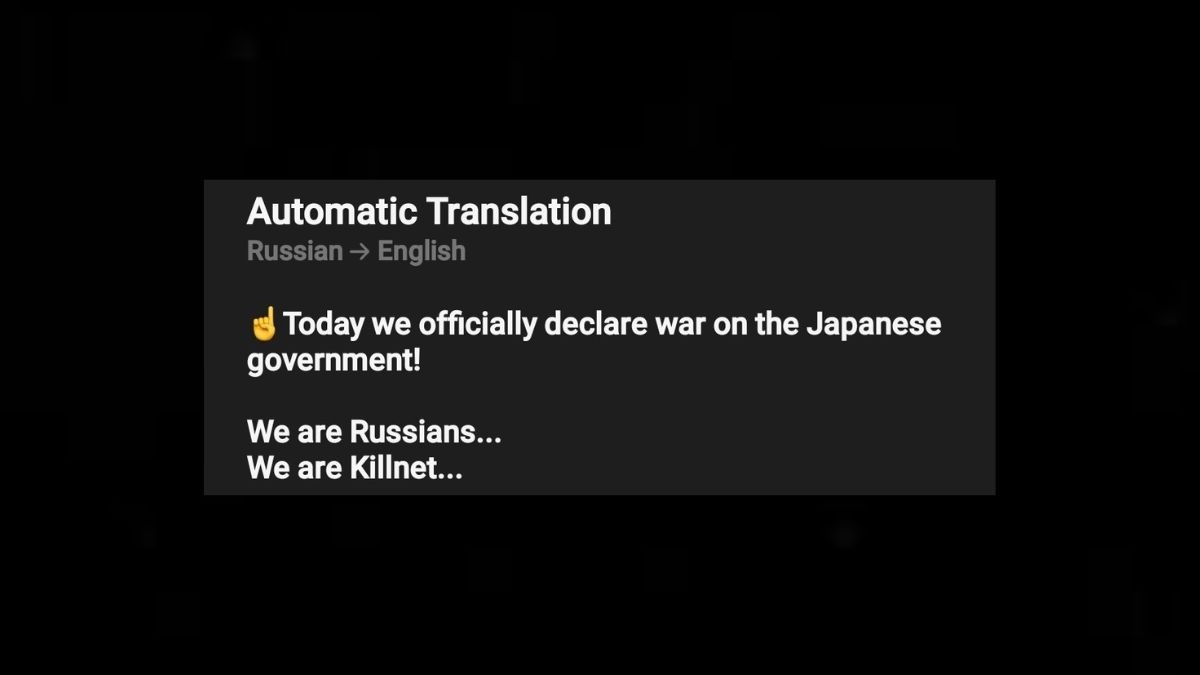 In a DDoS attack, hackers attempt to paralyze a network by flooding it with unusually large amounts of data traffic.

“We are aware that the (Killnet) hacker group claimed responsibility for the attacks, but we are still investigating the cause of the failures, including the group’s involvement,” Matsuno explained.  The government websites were unavailable on Tuesday evening, but services were restored the following day, he added.

Japan’s digital agency later tweeted that its e-Gov administrative portal was experiencing log-in issues to some services on Wednesday, but did not specify the cause. According to public broadcaster NHK, the portal was among those targeted on Tuesday.