History of DOGECOIN: How was DOGECOIN created? How has its Journey been? The present 10th-largest cryptocurrency in the world Dogecoin (DOGE) is a peer-to-peer open-source cryptocurrency that was created as a “joke” but has now become an integral part of the financial market.

Users can make transactions in Dogecoin like any other cryptocurrency. It is the “fun and friendly Internet currency” which is the first “Meme coin”, and more specifically, the first “dog coin”.

It was created as a joke about the rage of Bitcoin and cryptocurrencies among people by IBM software engineer Billy Markus and Adobe software engineer Jackson Palmer in 2013. The idea of creating it belongs to the “sceptic-analytic” observer of growing technologies Palmer and he also bought the dogecoin domain dogecoin.com. 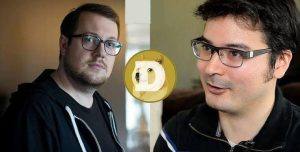 Meanwhile, in Portland, Billy Markus wanted to develop a digital currency when he discovered the Dogecoin site. He reached out to Palmer to help him and then they started developing the currency.
Markus also created the protocol for Dogecoin based on older cryptocurrencies like Luckycoin and Litecoin.

Markus first used a random reward for block mining then later changed it to static reward in 2014 and also made Dogecoin a Proof-of-Work coin.

Dogecoin was officially launched on 7th December 2013 and within just 30 days there were more than a million visitors to the website.

After three weeks on December 19, Dogecoin’s value soared almost 300% in just 72 hours and that also at a time when other cryptocurrencies including Bitcoin were reeling after China forbid its banks from investing in the bitcoin economy.

Dogecoin faced its first crash on December 22 by dropping almost 80% due to Chinese decisions and various other reasons.

Then on December 25, it faced a huge loss after their online cryptocurrency wallet platform Dogewallet was hacked and Dogecoin were stolen.

Then in 2015, the co-founder Jackson Palmer left the community because he believed that cryptocurrency came as a libertarian alternative to money but now it has become a “toxic community”.

Then in 2017, the Dogecoin value reached a peak of $0.017/coin making its total market capitalization near USD 2 billion.

Then there was no stopping it, a TikTok trend aimed to get the coin’s price to $1 which led to rising in its value in 2020.

2021 has been an incredible year for Dogecoin making it one of the largest cryptocurrencies in the world. In January only its value went up over 800% in only 72 hours as a result of attention from Reddit users. People became more and more interested in it sometimes because of Elon Musk joking or promoting it or rising in its value on cryptocurrency exchanges or something else. As of September 2021, its market capitalization reached USD 26 billion and since then it’s rising even more.

USES AND FEATURES OF DOGECOIN

The satirical cryptocurrency Dogecoin is based on a popular Meme featuring a Shibu Inu dog. People are anticipated about it because it looks so funny and cool. It is a highly volatile cryptocurrency but it allows the users to gain large profits. Unlike Bitcoin, it is inflationary as Bitcoin has put a ceiling on its supply but Dogecoin didn’t. 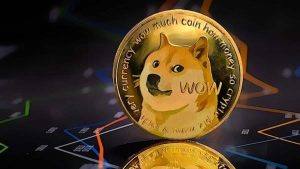 Instances of trading Dogecoin with physical or tangible items are also seen on Twitter, Reddit or other online communities. One major contributing factor for the digital currency is the Internet-based tipping system. The cryptocurrency has also been used in the gambling and pornography industries.

Dogecoin creates social media content which is the biggest reason that people are so attracted to it. With time, transactions in Dogecoin will soar making it an even more valuable and strong cryptocurrency. It has a huge fan base and a loyal community of supporters including the richest man in the world Elon Musk who are making it achieve great heights.

BlockFi has suspended withdrawals for its users, claims to safeguard users interest