A letter signed by hundreds of elected officials worldwide to Amazon CEO Jeff Bezos demanded his business to pay off. 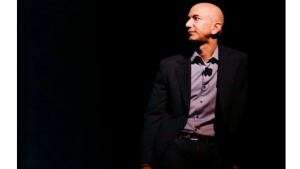 401 Members of Parliament and elected authorities from 34 countries have lent their name to Make Amazon Pay’s letter. It called on Bezos to place Amazon’s money in the way of hiring employees, paying taxes, and paying to help compensate for any harm caused to the world.

“We, elected representatives and public officials from around the world, hereby put you on notice that Amazon’s days of impunity are over,” the letter began.

“In short, we write to you now with a single commitment: To Make Amazon Pay.”

The letter also related to the action taken last week by staff, advocates, and people to seek justice from the tech giant. The signatories have said that they have vowed to stand for this campaign in every Congress, Senate, and State House they represent.

The letter reflects on Amazon’s “undermining democracies and their capacity to respond to collective challenges.”

Flood of memes on Social media over WhatsApp’s current…

“Your monopolistic practices have squeezed small businesses, your web services have disrespected data rights, and you have contributed a pittance in return,” read the letter, adding that in 2017 and 2018, Amazon paid zero US corporate tax.

With factory protests and allegations that workers have been threatened to fulfill the Prime Day targets, the letter claimed that staff is risking their wellbeing to help Amazon transform money. The letter also called upon Bezos to raise his personal fortune by about $13 million per hour this year, but not to hand on any of the fruits to the laborers.

The group said that these employees enter unsafe workplace environments, enjoy little to no rise in wages, and face retribution for their attempts to protect themselves and mobilize their colleagues.

Bezos revealed in February a new $10 billion initiative to help save the planet from global warming. At the moment, the wealthiest man in the world said that climate change was the “biggest threat to our planet” and that he planned to work with others to “amplify known ways and to explore new ways” to tackle the consequences of climate change.

Amazon then set up a $2 billion fund to invest in infrastructure to minimize its carbon footprint.

But the letter’s signatories agree there is more Amazon to do.

They said that Amazon’s carbon reduction strategy is inadequate to remain within the planet’s environmental limits and impossible to believe considering Amazon’s “record of broken promises on sustainability and financial contributions to climate change denial.”

Flood of memes on Social media over WhatsApp’s current privacy…

Who is the new contender of WhatsApp, when all its users are facing…