Cricket and football are two of the most popular and talked-about sports in the world, with more than half of the world’s population participating. When it comes to our country, despite cricket being the most popular sport, football is progressively gaining popularity. Several cricketers have acknowledged their love for the game and have shown their support by attending football matches regularly. For a long time, cricketers have been observed playing football as a warm-up activity. Cricketers’ infatuation with football does not end there.

Here is the list of top Indian cricketers who love football: Manchester United is India’s most popular football team. Even Mahendra Singh Dhoni, the Captain Cool, can’t stay away from the obsession. His passion for football stems from his days as a goalkeeper in high school. Dhoni is a co-owner of the ‘Chennaiyin FC’ Indian super league team and the ‘Barclays Premier League brand ambassador in India. David Moyes is also followed by Dhoni. He stated in an interview that football is both fascinating and emotional for him. He still plays football as a warm-up game before important cricket matches. Ganguly is a Manchester United supporter. He began following the United team while playing for the English county of Lancashire. Manchester United is Ganguly’s favorite club, he said in a statement, especially when David Beckham was playing. The attachment is now weaker, yet it still exists. He fell in love with the Premier League and Manchester United when he went to play for the Lancashire county. The ISL franchise ATK was co-owned by the prince of Kolkata. In addition, he desired to promote the game in India. Sachin is a diehard Manchester United supporter. He enjoys watching United matches with Sir Bobby Charlton. He was a co-owner of the Kerala Blasters in the Hero Indian Super League, which was founded to promote the sport in India, but he left in 2017. Virat Kohli, India’s current captain, demonstrates his admiration for Real Madrid and Cristiano Ronaldo. He used to support Manchester United, but he switched allegiances because of Ronaldo. He has claimed that Real Madrid great Cristiano Ronaldo has always been an inspiration to him, with his never-say-die mentality and very strict routine and work ethic being something he strives to emulate. He also stated that football is a worldwide popular sport and that it is encouraging to see so many Indian children interested in football in addition to cricket. 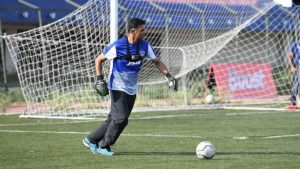 It’s impossible to believe that Rahul Dravid has thoughts other than cricket. But you might be astonished to learn that ‘the wall’ is a huge Arsenal fan. In an interview, he remarked that the team’s “professional and cerebral manner” drew him in. Dravid was a living legend. He despises Manchester United, as do many other Arsenal supporters.