Learning is for everyone, it should not be barred due to physical disabilities. People with visual impairment, blindness, or near-sighted vision should also get all support to finish their universities.

According to data produced by the International Agency for the Prevention of Blindness’s Vision Atlas in 2021, almost 43 million people are dealing with a physical disability such as blindness, and 295 million people living with moderate-to-severe visual impairment globally.

Finishing university or learning something new with a visual disability can become a huge problem for them. However, modern technology has evolved to build apps keeping people with visual disabilities in mind. Nowadays with the advent of smartphones and digital notebooks, visually impaired students or people can get the support they need just by tapping on accessible apps.

Following is the list of apps that can provide the best support to the visually impaired, blind, and near-sighted people and students. 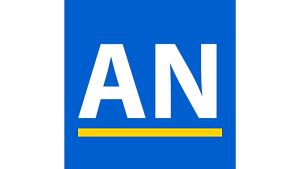 The American Foundation for Blind has launched this official iOS notetaker. AccessNote is the first notetaker for the iOS platform that can take VoiceOver dictation efficiently. The app is designed to allow blind and visually impaired people in classroom or workplace settings.

AccessNote has customized keyboard commands with both QWERTY and refreshable braille display keyboards, cursor tracking, keystroke efficiency, and fast and effective navigation to help a visually disabled person take active notes.  It can be helpful to visually impaired university students. 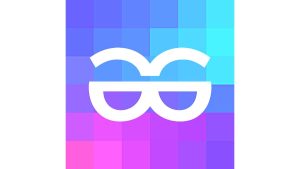 TapTap See is a mobile camera-based application designed to increase the accessibility of blind and visually impaired people. The TapTap See app is powered by the CloudSight Image Recognition API.

TapTap See uses advanced technology to identify objects in 3D and from any angle within just seconds. TapTap then uses the device’s VoiceOver program to speak loudly giving out details about the identified object.

TapTap See can be used by turning the device VoiceOver on. Then a Privacy Notice has to be accepted to see the TapTap screen. The screen consists of a camera and four buttons at the top which says, “Repeat, Gallery, Share, and About.”

The pictures and videos are shared to CloudSight API which identified the object in the picture or video and then is sent back to TapTap See. The identification process takes almost 7 to 10 seconds.

CloudSight API is an image recognition technology that can be used for the complete identification of objects via digital media. This API technology can also function offline. Lookout uses assisted vision technology to get things done faster for visually impaired people. It uses a phone camera to acquire information about the surroundings to provide digital assistance to people with blindness and visual disabilities.

Lookout utilizes sensors on your Android camera to recognize objects and texts. Then it identifies the object or text and says it aloud to you. It has an advanced Optical Character Recognition (OCR) technology to identify any text of any language.

Google’s Lookout is available on Android 6.0 for free and can be utilized in any language. It can also identify different currencies and banknotes. Be My Eyes is also a free app available to download on iOS and Android. The app is built to assist blind and low-vision people. The company is determined not only to provide assistance to the blind and visually impaired people but also they are aiming to let them have a more independent life.

Be My Eye is not just an app, the company is willing to send volunteers and representatives anytime to their customers through a live video just.  The company has made this app available in more than 150 countries speaking 180 languages worldwide. This is a huge platform for visually impaired people to get complete help.

The app can function like any other object-detecting app but if the person is still struggling to understand, the company sends help directly to the person with a disability. The volunteer can support reading small prints, product levels, distinguishing colors, and performing other tasks.

If the person needs more than just volunteering help, they can directly contact for Specialized help.