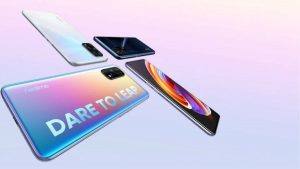 Also announced were the Flipkart Smart Update and Realme Upgrade plans for both phones, enabling you to buy the Realme X7 series at 70% of the price right now and the rest of the year later. This would bring the price of the Realme X7 5G to Rs. 13,999 for the 6GB + 128GB version and Rs. 15,399 for the 8GB + 128GB variant. The X7 Pro 5G would cost Rs. 20,999. Initially, the service is only available through Flipkart, but Realme.com and offline stores will soon be selling it, the company claims.

Home Button will not make a comeback in any Apple Phone…

Prices of Samsung Galaxy A52, Galaxy A72 leaked before…

Latest deals on smartphones: Republic Day Sale is live on…

The dual-SIM (Nano) Realme X7 Pro is running a Realme UI built on Android 10. It features a 6.55-inch full-HD+ AMOLED monitor with 120Hz refresh rate, up to 240Hz touch sampling rate, and 91.6 per cent screen-to-body ratio. The monitor is covered by 5th generation Corning Gorilla Glass and boasts a peak brightness of 1,200 nits with a 100% coverage of the DCI-P3 large colour spectrum. The phone is powered by Dimensity 1000+ SoC and Mali-G77 graphics processors. It comes with 8GB LPDDR4X RAM.

The Realme X7 Pro comes with 128GB USF 2.1 capacity with Turbo Write technology. Connectivity solutions include dual-band Wi-Fi, Bluetooth 5.0, GPS, NFC, and USB Type-C ports. The Pro version is backed by a 4.500mAh battery with 65W of fast charging support. Sensors onboard include a magnetic induction sensor, an ambient light sensor, a proximity sensor, a gyrometer and an accelerometer. The realm X7 Pro spans 160.8×75.1×8.5mm and weighs 184 grams.

The Realme X7 comes with 128GB onboard for backup. Connectivity options include dual-band Wi-Fi, Bluetooth 5.1, GPS, and USB Type-C ports. Sensors onboard include a magnetic induction sensor, an ambient light sensor, a proximity sensor, a gyrometer and an accelerometer. There is also an in-display fingerprint reader. The Realme X7 India version is backed by a 4.310mAh battery that supports fast 50W charging. Finally, the handset size for the Space Silver variant is 160.9×74.4×8.1mm, while the Nebula variant is 8.3mm thick. The two versions are 176 grams and 179 grams respectively.

2020 and TikTok: A year in review of the most popular clips on the internet

Prices of Samsung Galaxy A52, Galaxy A72 leaked before launch