With this initiative, the Railway Protection Force (RPF) aims to link the facial recognition system with existing databases such as the Crime and Criminal Tracking Network and systems to identify criminals who may be roaming the railway stations. The real-time face recognition software will alert the RPF command centre of any known offenders.

Officials said that after the facial recognition system is tested, the technology will be executed across the railway network.

The Railway Board has also agreed for carrying out works for video surveillance system (VSS) covering 983 stations under Nirbhaya funds, according to a statement issued by the national transporter.

Live feed from CCTV cameras would be displayed on multiple screens at the RPF control room for monitoring. Each HD camera at the station consumes approximately 1TB of data and 4k camera consumes 4 TB data per month.

The video feeds will be stored for 30 days for playback, post-event analysis and for investigation purposes. Important videos can be stored for a longer duration.

These measures are a part of a security plan under the Integrated Security System (ISS) which was approved in 2016 to strengthen surveillance mechanism at 202 railway stations.

The ISS will include CCTV cameras, access control, personal and baggage screening system and bomb detection and disposal system which together provide multiple checking of passengers and baggage from the point of entry in the station premises till boarding of train. 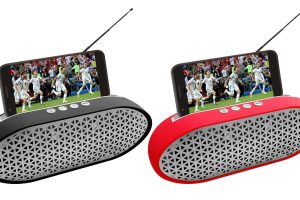