In Oregon, Virginia, and Colorado, Tesla Insurance is Now Available In the United States, Tesla Insurance has expanded into three new markets. Now, the company is expanding its services to Oregon, Virginia, and Colorado. Tesla Insurance is now available in eight US states.

Tesla, which has previously impacted several industries, has joined the insurance market to offer the best rates to its clients. Insurance companies have traditionally asked for relatively expensive payments for their activities due to the existence of a significant number of technologies in Tesla cars. This motivated the manufacturer to create a new product that, by combining all of the same technology, could provide the best rates to its clients. Tesla Insurance is a monthly payment option that represents the company’s active safety and enhanced driver assistance technologies, which are included with all new Tesla vehicles. Real-time driving behavior is used by Tesla Insurance. This means that the monthly insurance rate is determined by considering each driver’s Safety Score. As a result, the lower the monthly payment, the higher the Safety Score. 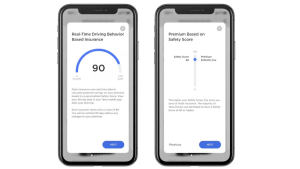 It was hit or miss whether Tesla’s product was cheaper or not in an assessment of several quotes that contrasted the existing premiums for Tesla drivers. There appears to be a greater disparity for individuals who had paid a high premium based on age and gender, which Tesla claims it does not include in its price calculations, unlike other insurance firms. Tesla also estimates a safety score of 90 when quoting and starting a policy. If you raise your score, the monthly premium fee will drop quickly.