Top anime characters that are always on trending chart Anime is a hand made and computer generated animation of characters originating from Japan.

However, in Japan, anime refers to animated work in any style and origin.

The earliest Japanese animation can be noted from 1917. Animation is now distributed through television broadcast, DTH and OTT platforms as well.

Additionally, the Anime is further divided in numerous genres while targeting dozens of audiences.

Nowadays it is developed with the help of graphic arts, characterization, cinematography and many other innovative features.

Additionally, there are many novels, Television series, ott series which grab all the attention of their target audiences.

However, many anime characters have been developed since animation was established.

Itachi Uchiha is a fictional character of the Naruto Manga as well as anime series. He is the first son of Goku (a protagonist) and his wife Chi-Chi. Genos is a deuteragonist on one punch man.

He is a disciple and cyborg of Saitama who fights for justice and is more powerful. Tanjiro Kamado is the main protagonist of Koyoharu along with a famous fictional character.

Moreover , he went on a quest to restore the humanity of his sister Nezuki, who turned as a demon after his family was killed by Muzan Kibutsuji. •Izuku Midoriya of My Hero Academia –

Izuku is popularly known as Deku who is the main protagonist of the manga series My Hero Academia developed by Kōhei Horikoshi. 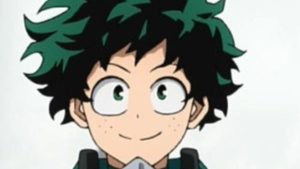