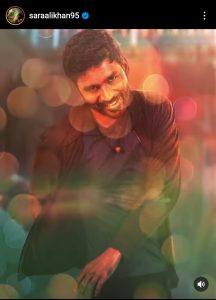 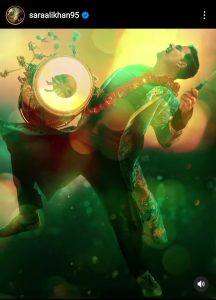 And then finally she shared her first look of the character Rinku captioning, ‘And now finally it’s time to meet Rinku, Give her all your love, and she will say thank you. Bihar se aayi hai yeh chori. And she is the heart of this Atrangi love story. Stay tuned for the trailer of #AtrangiRe tomorrow on @DisneyPlusHotstar #DisneyPlusHotstarMultiplex.” 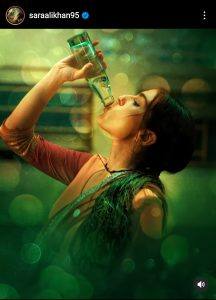 The videos shared by her feature a pleasant music behind which adds to the fact that the upcoming movie will have a soulful music album by A.R. Rahman with songs written by Irshad Kamil. The producer of movie, Bhushan Kumar said about the movie, “Atrangi Re is a larger-than-life, wholesome entertainer that is sure to make you feel every emotion in the book! We are grateful for all the love you have shown the characters and are excited to share the trailer with you tomorrow!.”

The movie director Aanand L Rai said, “Excited to bring to you the world of Atrangi Re, which is full of colours, magic and madness of love and also charming with its purity and soulfulness. Really enjoyed making and living it wholeheartedly.”

The movie is going to be an original and soul-stirring love story from the core of Indian heartland and will be released exclusively on Disney+Hotstar.