The Best Thriller Movies to Watch on Netflix India, Check it Out! As you are scrolling through this article, I can guess that your favourite kinds of movies are also thriller ones. Some people love sitting in a comfortable blanket with an easygoing heartwarming romantic tale while some open Netflix which make them laugh out loud and enjoy some time relaxing.

But then comes us, the people whose time is worth a movie which make them feel elements of fear without a horror movie, some funny moments without a comedy movie, passionate love without a romantic movie, all this along with a thrilling and amazing story which will make their heart race and pulse stimulate.

A movie full of suspense, thrill and incredible screening, that’s our type. A wholesome package that will captivate your attention to such a level that absolutely nothing, not even a message from your crush will make you pause it. Sounds cool, right? So here’s a list of such awesome thriller movies on Netflix. The movie stars Leonardo DiCaprio it’s obviously amazing. The movie features two US marshals, Teddy Daniels and Chuck Aule who are investigating the disappearance of a patient who escaped from a hospital and are sent to a remote and mysterious island. Looking for a spectacular mysterious movie that will make you bite your nails in confusion, watch The Bourne Ultimatum which is the story of Jason Bourne, the protagonist and his quest to find out about his dark past. He has to dodge a CIA and his agents to unveil the truth and save his life. If you are obsessed with serial killers and their mysteries, Zodiac will be the most perfect movie for you. In the movie, a cartoonist Robert Graysmith uses his puzzle-solving abilities to unveil a serial killer. Two detectives, one who is about to retire and the other who is new to the profession investigate a serial killer case who kills according to the seven deadly sins. The most exceptional thrilling masterpiece The Departed will never let you down. It is a story of an undercover cop and a spy trying to identify each other by counter-attacks while infiltrating an Irish Gang. Bollywood thrilling movie, creepy, all expected boring movie, yes I also thought that but then I somehow watched Drishyam. If you didn’t watch it yet, do yourself a favour and watch it. The story of a smart working man Georgekutty living a happy life but then facing the circumstances of committing an accidental crime and keeping it a secret. Dave Skylark and his producer Aaron Rapaport works in a popular celebrity show “Skylark Tonight” and gets a chance to interview the dictator Kim Jong-un. They then plan the assassination of the dictator during the interview. 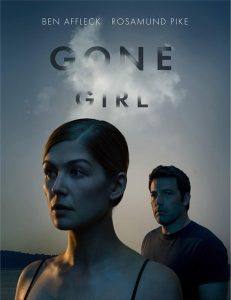 The psychological thrilling movie is full of turns and twists and revolves around Nick Dunne who became the centre of media’s attention as a suspect after the mysterious disappearance of his wife, Amy Dunne on the day of their fifth wedding anniversary. One of the most spectacular thrilling movies of all time, V for Vendetta features a vigilant freedom fighter known by the name V who uses terrorist tactics to protect the people from the oppressive, tyrannical futuristic government of Britain. One of the most underrated wholesome packages with the great political thrilling storyline, beautiful soundtrack and striking visuals, Madras Cafe revolves around the Indian intelligence agent, Vikram and his journey to Sri Lanka on a secret mission which is facing a civil war with a rebel group who is plotting to kill the Prime Minister.

So stop thinking and scrolling through different websites. Grab some popcorn and cold drinks in a comfortable seat and spend your kind of quality time. No need to go out and waste your energy, the best holidays are spent lying and watching great stuff.

Two new members may appear in Bigg Boss 16: Check out who are they!