How to use toilets in Fighter Planes?

A cockpit of a contemporary fighter is a marvel of engineering. An enormous amount of work is being made to allow the aircraft to the interface. In reality, as pilots, they don’t claim they’re climbing into the plane; rather, they call it strapping the jet on their shoulders, so it looks like you and the aircraft are becoming one person. All the buttons and controls cover your body, allowing you to respond rapidly to your enemy. 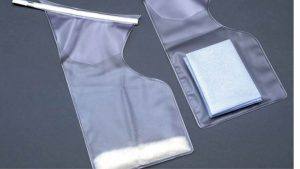 Data is shown in their field of vision, beginning with a helmet with true augmented reality, then extending to the displays in front of them, and eventually to the instrument console between their knees. They have an unparalleled level of situational knowledge, but the tradeoff is that there is no space for a toilet.

Why do Indians love Elon Musk?

Top fast charging 5G smartphones in 2021 you can buy under…

Today, normally in training, flights are less than an hour and a half. As long as you don’t drink too much coffee before a flight, it’s not a concern. In combat, though, missions are as long as 8 hours; crossing the Atlantic, or sometimes more than 10 hours. Pilots use what they affectionately call piddle packs for these flights.

Piddle-packs are the perfect long-distance road travel option. They are specially shaped bags of absorbent beads. If you have to relieve yourself, unzip the flight suit—which is built to unzip both the top and the bottom—unroll the piddle pack, and then piss into it. If completed, the top will be secured, while the absorbent beads convert it into a gel that will not spill during rough maneuvering.

Although the definition is clear, it takes time to become knowledgeable. Imagine driving a car while unpacking a bag and peeling into it while you’re in your path and stopping traffic. Now take that and amplify that in a 3-dimensional environment while flying just below the speed of sound with an opponent that is potentially about to gun you down.

The trick is to predict times when you’re going to get a few minutes of clear and level flight.

WhatsApp rolled out a new update for beta users; Soon to be Public

Why do Indians love Elon Musk?