Google Doodle is a temporary alteration of the logo on Google’s homepage on special occasions commemorating holidays, events, achievements, and notable historical figures of various countries.

In 1998 Google has celebrated the Thanksgiving holiday with a Doodle for the very first time. Since then Google has been invested in creating many Doodles for various events and celebrations. Google hires artists, illustrators, and engineers for creating various Doodles and they are called Doodlers.

Google has been creative in designing Doodles, in May 2010, they developed an interactive Doodle in association with Namco. It was on the 30th anniversary of the 1980s Arcade game Pac-Man.

Google’s Doodle has also celebrated father’s day by creating various illustrations for the logo. The celebration of Father’s Day was first observed in 1908 in a church in West Virginia. It was an honorary remembrance ceremony for Grace Golden Clayton’s father who died at a mining explosion in Monongah.

It took a while for Father’s Day to be celebrated as an annual international event. In 1909 Sonara Smart Dodd from Washington come up with the idea of Father’s Day on the birth date of her father to Spokane Ministerial Association and the YMCA. The first Father’s Day was observed after that on June 19th, 1910.

Father’s Day is strongly associated with pop culture with the popularity of Google Doodles. Google has always been interactive and innovative in creating Father’s Day Doodle. 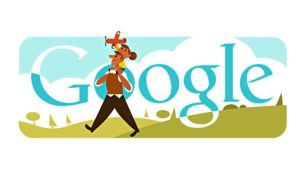 In 2013 Google has celebrated Father’s Day with various Doodles developed particularly for different countries. Google’s Doodles in 2013 was diverse and filled with stories from a father carrying her daughter on his shoulder to a duck family caring for their children. 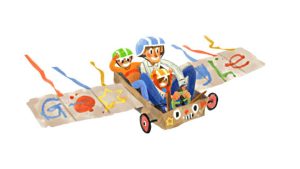 In 2014 Google Doodles were able to tell colorful stories via their illustrations. They developed many Doodles and among them, a father and his two kids on a go-cart went international. 2014 was also eventful because of World Cup and Google created a special animated doodle, showcasing the story of a kid accompanying his father to see the match. 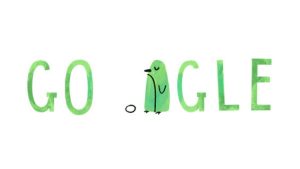 In 2015 Google has produced a beautifully illustrated animated Doodle of baby animals with their respective guardians. They have also introduced a human character to the animated Doodle. The human father with his kid depicts that all Dads are the same. 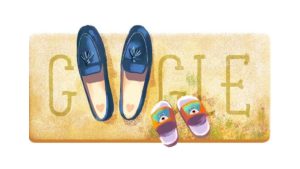 In 2016 Google celebrated Father’s Day all around the globe by showcasing shoes. The shoes were different in different countries respecting their culture. There were a father’s shoe and his kid’s shoe lying on the door mattress side by side. The story depicts kids imitating their father. 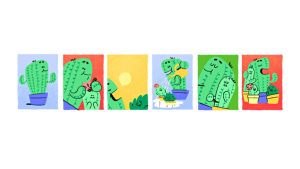 In 2017 Google developed a story of cacti and its kid for its Father’s Day Doodle. The animated story shows how the father cacti are taking care of his child. 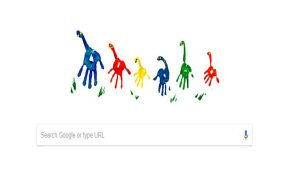 2018’s Doodles of Father’s Day depicts the story of a dinosaur family. 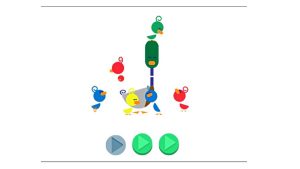 2019’s Doodle for Father’s Day showed a duck with his six children. The story had many interactions, sometimes the kids were sleeping, sometimes they are playing, and sometimes annoying their duck father. 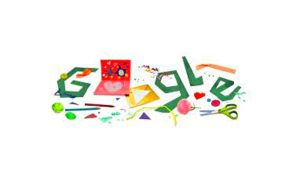 2020’s Google Doodle celebrated indoor activities to perform for the Father’s Day event. The kids were encouraged to stay at home and invest time in colors and crafts. Google encouraged everybody to stay at home because 2020 marked the COVID-19 pandemic year. 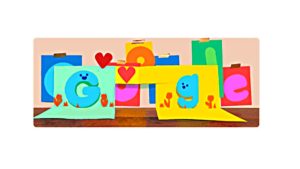 In 2021 Google created a colorful Doodle illustrating kids’ love for their father. 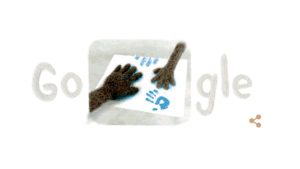 The evolution of Google’s Doodle has been interactive, animated, and thoughtful for Father’s Day for 10 years.